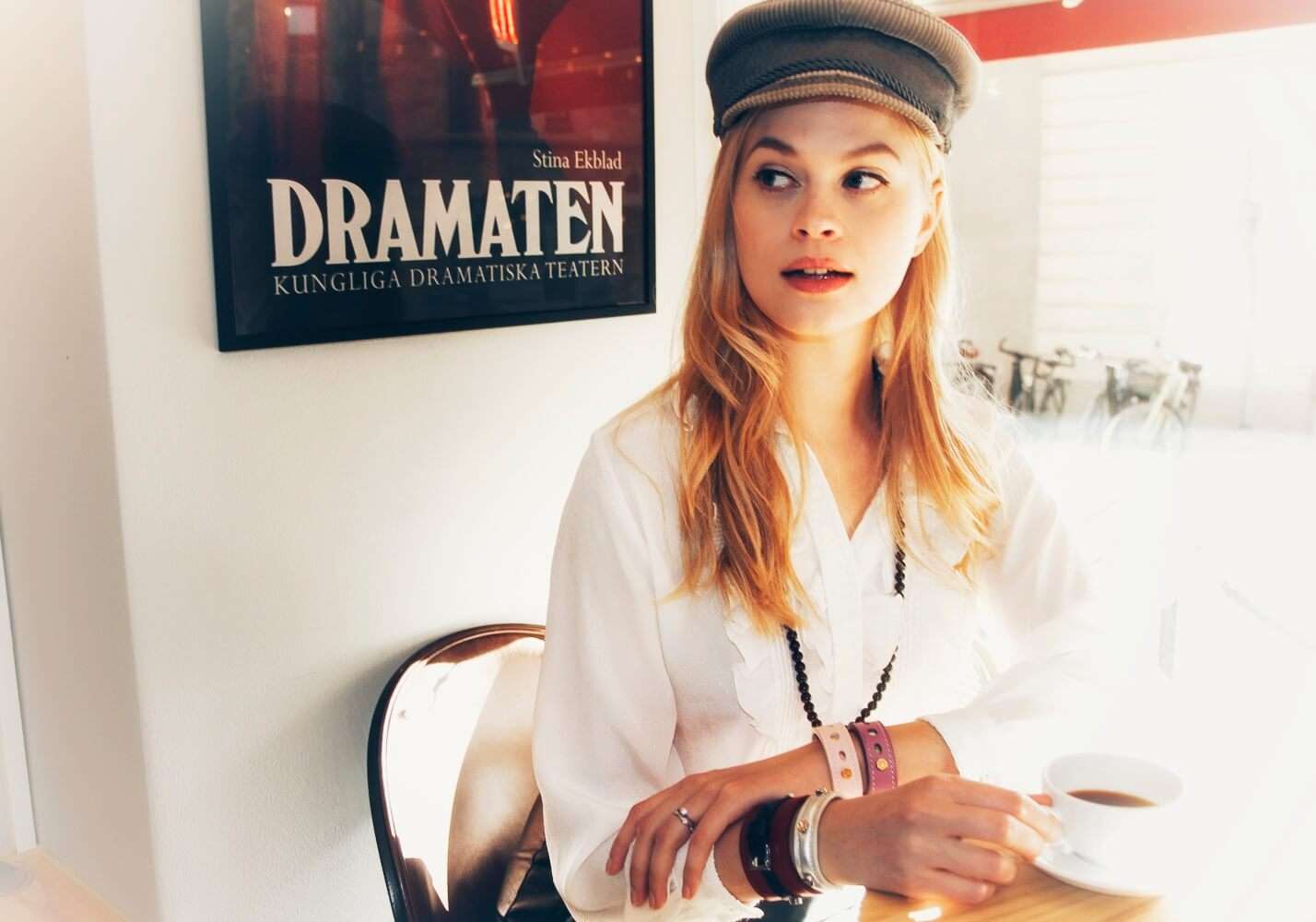 Linnea Pihl is an actress, singer songwriter and fashion model based in Stockholm. She’s currently working on her debut album Just Model Things, and a web series with same name.

So Linnea, you have been modelling many years but you’re also a working actress and a musician. How did you fall in love with these jobs? Which is your favorite?
I started out with music and acting as a young child, traveling Europe with a competitive choir and performing locally in my home town in amateur plays. When I attended upper secondary at Katedralskolan in Lund, I revived Max Von Sydow’s old theatre troupe Scenia and produced and directed a couple of plays. I knew already when I was 5 that I wanted to become a film actress, but the way to get there was unclear. Modelling I tried out for fun when I grew out of my hometown, and I found it to be a great way to grow as an actress and become more natural in front of the camera. I couldn’t honestly say what artform, acting (I see modelling as acting) or music, is my favourite as they often go hand in hand and complement each other.

Who’s your favorite actor that inspires you?
My actress heroines growing up were Tilda Swinton and Cate Blanchett. I saw them in Orlando and Elizabeth respectively and fell in love. They have a gravitas that not many actors can hope to emulate.

What is some of your biggest achievements to date? Why are these memorable to you, and how did you achieve them?
When it comes to modelling some of my biggest jobs include editorials for Vogue, Marie Claire and Cosmopolitan. I remember how proud I was when I cut the tearsheets out and put them in my portfolio. It’s really quite sad the industry has moved on from paper magazines to social media, there’s something very special about a great old fashioned portfolio.
Acting wise I probably most recognised for my part as a socialite party girl in the glamorous but grim music video for Bryan Ferry’s Loop de Li. Or maybe my scene with Richard Schiff and Rob Corddry in Ballers. It was a wonderful day of shooting, Richard and Rob were delightful to work with and even though my role was small I felt they made me feel part of the team.
Personally I am most excited about one of my more recent roles. I played Julia (Julie) in a modernised short film version of Miss Julie called We Dream We Fall, directed by Håkan Julander, earlier this year. I got to work with such immensely talented people in both cast and crew that it can’t be anything but a beautiful film!
Music wise I’m currently working on my first EP. Something to look forward to!

Tissuville bracelets brings a playful elegance to any outfit. You can mix and match according to your mood of the day, and there’s never a bad time to express yourself.

What are you up to right now?
I still dabble in directing and producing. Currently I’m focused on my web series Just Model Things, which is based on my own experiences working as a fashion model but with a twist. I play LeeLoo, a model who’s ageing out of the system so to speak and doesn’t have a back-up plan or any friends to rely on. Although LeeLoo is in a much darker place than I am, she has a courage and positivity to her I wish I had. Right now it’s doing pretty well at festivals, so far it’s won three awards and it’s nominated for three more! What I love most about having produced this project is that I could engage friends and family, and have a great time together! 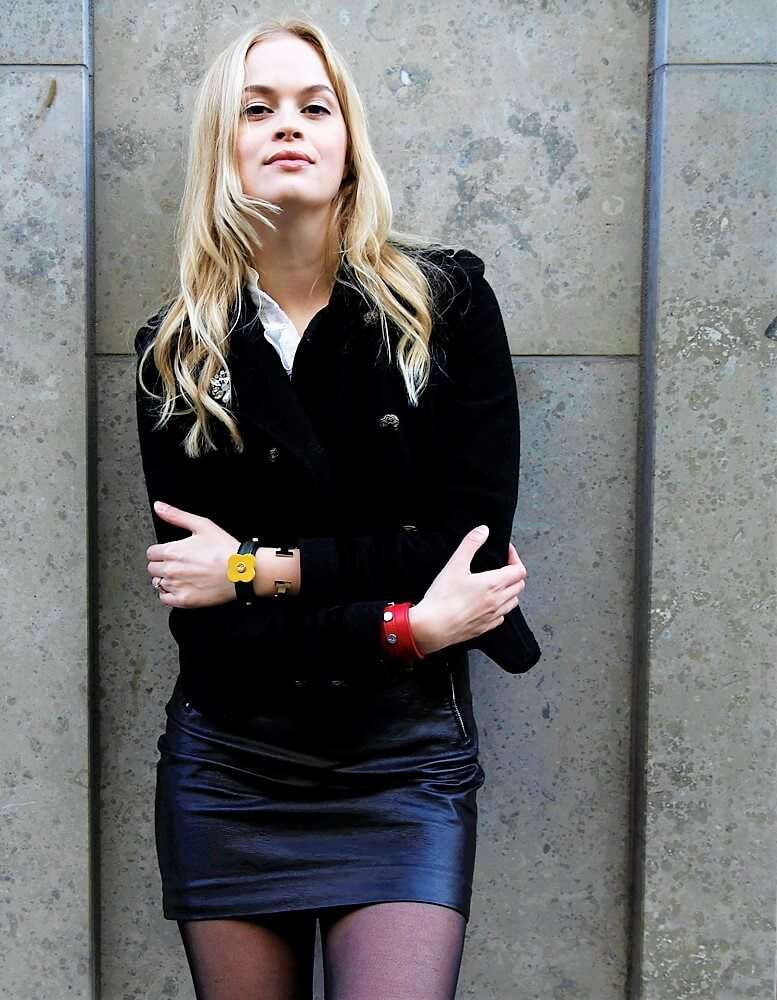 What are your plans for the future?
I always look too far ahead, so I try to keep my focus at what I can control. I’d love to produce some of my scripts, and maybe go on tour with my ukulele songs. As any freelancing actress I’m always looking for the next gig and opportunity, I have no idea what I’ll be doing in a week’s time!

What is your favorite place in Stockholm and why do you like it?
My favourite place must be Old Town. I’ve spent so many hours drinking hot chocolate at Stortorget in between castings since I first started out modelling and acting in Stockholm many years ago, I’m slowly becoming one of the cobble stones.

Be the first to find out what’s new at Tissuville

BACK TO SHOPPING
Shopping Cart 0 Wishlist 0

No products in the cart.

Your wishlist is currently empty. 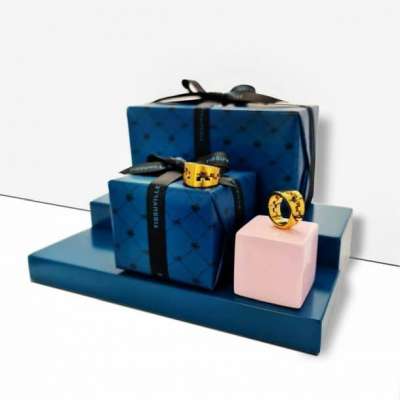 TO RECEIVE 15% OFF YOUR FIRST PURCHASE

We’re glad you’re here. You’ll be receiving periodic messages from us with the latest announcements, discounts and EXCLUSIVE offers only for you from Tissuville.

In the meantime, enjoy our special gift to you – a coupon for 10% off on your next order.